Search Map for Fish and Chips Near Me

Fish and Chips Near Me

Best Fish and Chips Near Me 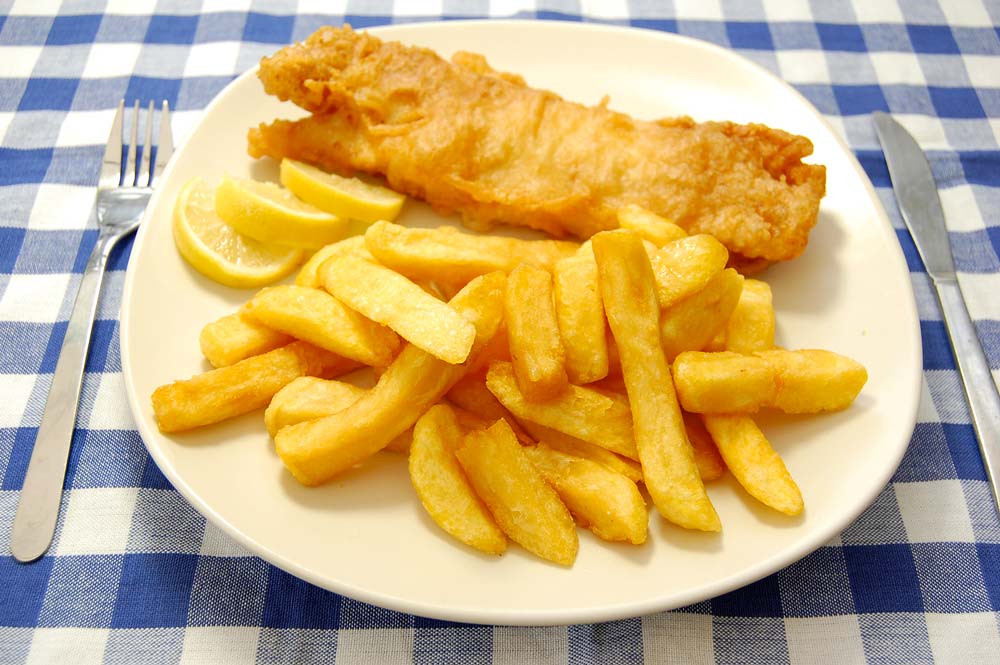 The name “fish and chips” is a pretty big giveaway to where the dish originated. The title makes use of the British meaning for the word “chip,” instead of using the American equivalent – “fries.”

Who Created Fish and Chips?

The identity of the person who first paired fish and chips together remains a matter for debate even today, with both the north and the south of England staking claim to the invention of the nation’s most beloved dish. John Lees claims to have invented it before his London counterpart, Joseph Malin. Whoever the genius was who first united fish and chips, it wasn’t long before it crossed the pond to America.

Best Fish and Chips Near Me

Unlike most other fast-foods, chain-stores and big brands aren’t all that common when it comes to fish and chips. Instead, most places that serve fish and chips tend to be independently run, and the question of who sells the best fish and chips is often a matter for debate. Usually, this results in everyone claiming that their local fish and chip shop is the best one.

That said, there are still a few big names to be found. Back in the 1970’s one of the biggest names was Arthur Treacher’s Fish and Chips, who had somewhere near 800 stores across America. Despite their early success, only a handful of those stores remain open today (namely in Ohio, New York, and New Jersey).

If you’re lucky enough to find yourself in California, then you could try one of H. Salt’s restaurants. H. Salt’s originated in England, in the not-so-sunny seaside town of Skegness. In 1965 they came over to America, so you can bet they offer some of the most authentic English fish and chips around!

Another one of the most popular fish and chips franchises in America has to be Captain D’s, with over 500 restaurants across 22 states!

Places That Serve Fish and Chips Near Me

If you don’t live in one of the states with either an Arthur Treacher’s, H. Salt, or Captain D’s, all is not lost. There is still bound to be a fish and chip shop near you to try out. Feel free to activate the map at the top of this page to search for fish and chips near you.

Gluten-Free Fish and Chips Near Me

Based in Seattle, Washington, Capitol Cider bills themselves as being a “safe haven for the gluten-free.” A bonus is that their menu offers much more than just fish and chips. You can eat in, order your food for pickup, or get their fish and chips delivered to you through either Postmates or Uber Eats.

Ghostfish Brewing Company (who are also based in Seattle), offer a decent selection of gluten-free food and drink, including fish and chips delivered to you. Their site offers to ship their gluten-free beer to any state, so that’s something to bear in mind even if you don’t live nearby.

Glen Prarie’s restaurant in Glen Ellyn, Illinois, offers gluten-free options across their menu. They were voted Glen Ellyn’s restaurant of the year in 2019, so it’s safe to say that their food is incredible!

Based in San Francisco, California, Beach Street Grill Organic Restaurant is a popular choice with locals and visitors alike, having 4/5 on TripAdvisor. They also offer delivery through Doordash, which is excellent if you prefer to have your gluten-free fish and chips delivered to you rather than eating out. Check them out on TripAdvisor.

Corbett Fish House in Portland, Oregon, is 100% gluten-free, so they say that they can guarantee there will be no chance of cross-contamination. Rather than one location, this franchise offers three separate locations across Oregon.